Thanks to Valentine's Day, February has laid claim to being the Month of Chocolate – though perhaps it’s just another excuse to indulge in even more divine morsels of this most extreme of ingredients. After all, love it or loathe it, there really is no middle ground when it comes to chocolate!

The connoisseurs claim the true chocoholic favours the darkest types, starting from 70% cocoa upwards. Those with a sweet tooth prefer milk chocolate or white, with caramel or cookies... Indeed the variety of chocolate worldwide is enormous with the battle of the international chocolatiers most strongly fought between Belgium and Switzerland. Nevertheless, there are ever-new pretenders to the throne, with the increase of local manufacturers producing local handcrafted chocolates that maintain and replicate quality standards at the highest level.

With this seasonal excuse, we crossed the city in the search of the best chocolate you can find in town. And this is what we discovered...

Instead, if you prefer to indulge over one of the best chocolate cakes ever, the best will be to head to Landeau and treat yourself with plenty of chocolate spoons.

Those who have already visited the Four Seasons Hotel Ritz Lisbon may have tried the hotel’s home-crafted chocolates already – either at the Weekend Brunch or as a mignardise after lunch or dinner at Varanda Restaurant.

Pastry chef Fabian Nguyen is the master chocolatier behind such indulgences from the kitchen: created with liquor, orange, white, dark or milk chocolate, truffles or pralines. The good news is that Chef's chocolate treats are available to purchase to take home too.

This famous brand is hosted in one of the world’s top chocolate-producing countries, Belgium (Gent). Indeed, Leonidas – in existence for over a century – now has more than 1000 shops worldwide.

In all of them, you’re guaranteed to be met with vast window displays of pure chocolate indulgences: from pralines, dark or milk bonbons to those filled with nuts, fruits and alcohol, choosing from more than 80 options won’t be easy… Perhaps the best idea would be to try one of each...just to make sure you don't miss the best? 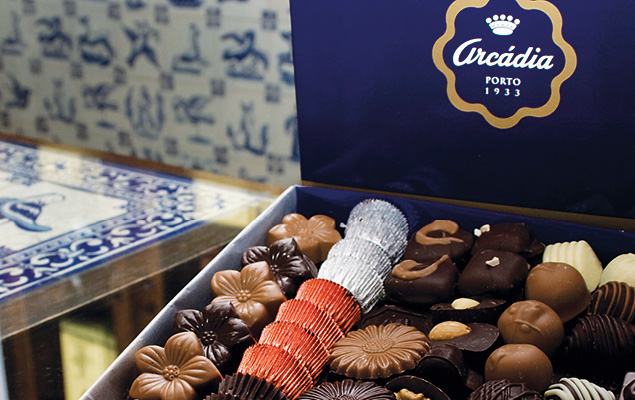 Arcádia was founded in 1933 in Oporto, as a confectionary by Bastos' family, Arcada Doce. It began by making and selling the popular sponge cake (pão-de-ló) but soon shifted to chocolate production. Now, Arcádia has more than 18 shops in the country along with several franchises.

Today, three generations of the same family later, Arcádia still produces chocolate using only the most natural and carefully selected products. The factory and workshop are still at the first shop in Oporto where the company was founded.

Among Portuguese people, the chocolate cat tongues are firm favourites. And apart from recent innovations such as the chocolate with Port Wine, whisky or liquor, the Arcadia assortment has maintained its original shapes and flavours since 1933.

Arcadia has also produced chocolate collections decorated with historical references from Lisbon and Oporto, such as the Tower of Belém and the Jerónimos Monastery.

One of the secrets to the company’s success undoubtedly lies in the craft production method and in the choice of the highest quality ingredients. To meet the widest possible range of tastes and needs, the traditional assortment is also available both in milk chocolate and without added sugar.

Now with a strong presence in Lisbon, Arcádia can be found all over town and especially in Time Out Mercado da Ribeira or Chiado.

The brand comes from Oporto, where the factory and workshop are located.

In Lisbon, Chocolateria Equador is right in the heart of the city, between Chiado and Principe Real. For this reason, it is not surprising that more than half of its clientele are tourists, who visit the shop and become enchanted by the chocolate with Port wine, followed by the chocolate with the everso popular ginja. The locals, meanwhile, prefer to indulge with a truffle while sipping an espresso (bica). 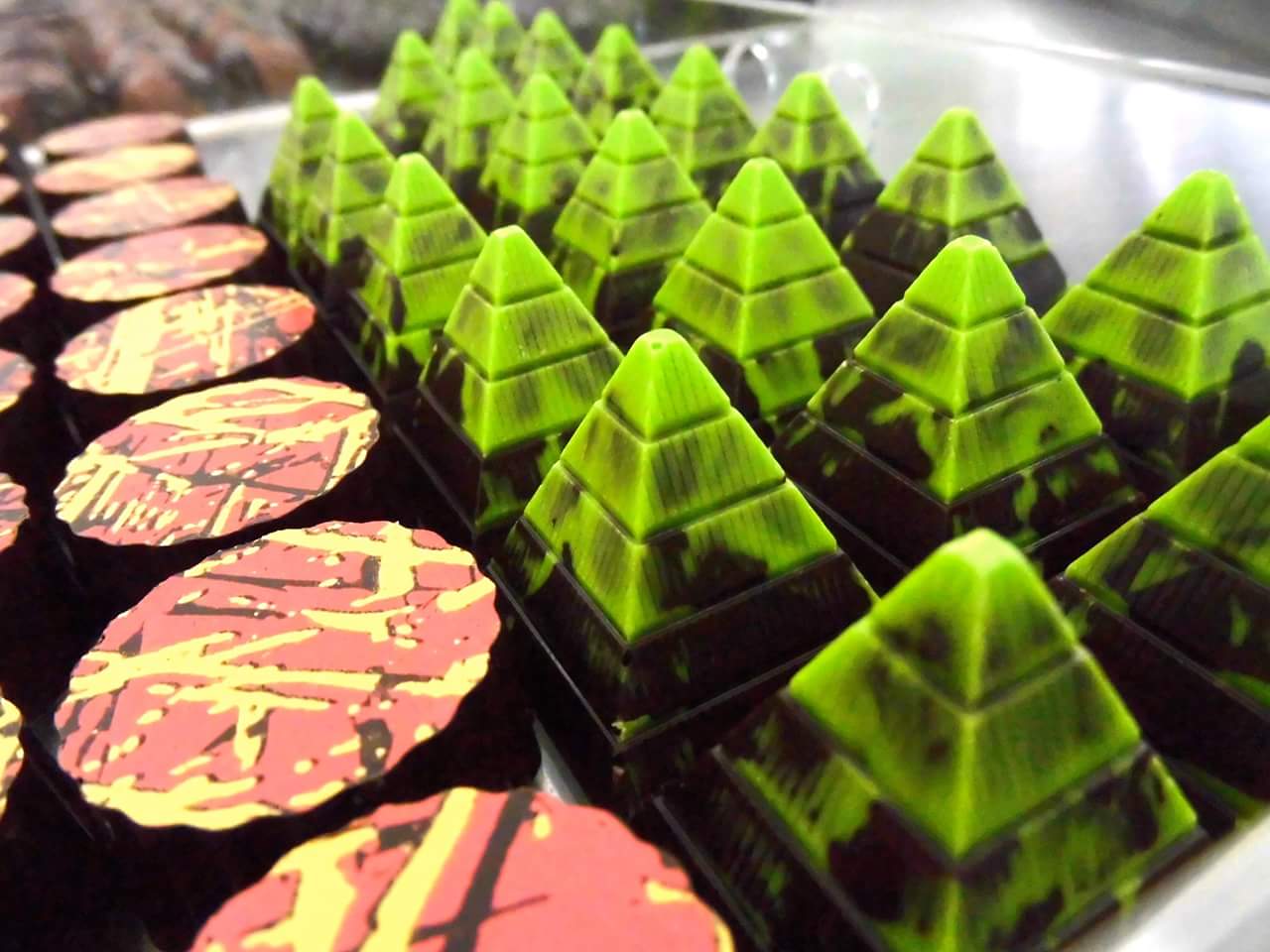 A true chocolate and desserts artisanal workshop that mixes tradition with creativity. Fresh and exuberantly flavoured chocolates are produced daily. At Denegro, visitors can observe the complete production and have the chance to order personalised chocolates too.

The owner, Mario Andresen Leitão, proudly claims that only in Denegro can people find "espinheiro-do-mar" flavoured chocolate, showcasing a local seed that grows mostly in northern Europe, and along Portugal’s southwest coast.